Hello Friends, we are going to discuss very good topic names as FINITE AUTOMATON (FA) is the simplest machine to recognize patterns.

Finite Automaton consists the Set of

Q: Finite Rate of all states.

E: set of all input symbol

A finite automaton can be classified into 2 types

Det A Deterministic finite Automaton (DFA) is one in which each move is the transition of from one state to another state – It has a Finite number of States the Machine is called DFA.

Go= Standing (k Dead state gt stand with 1 which is not our string Note. In the case of DFA Every state having all the input symbols. means if there are two state 2884 and two input symbols.

NFA In this case the exact state to which the machine moves can’t be determined.

Conversion of NFA to DFA

Step to convert NFA to DFA

Step 1 – Draw NFA from the given language 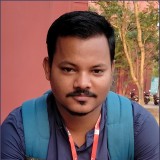 What Is Software Engineering?

What is a Random Variable?

What is the Spiral model

February 22, 2021
0
Physics Questions Set Exam
What is the Spiral model